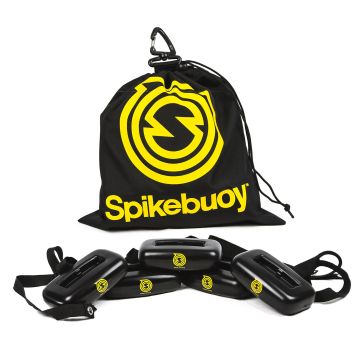 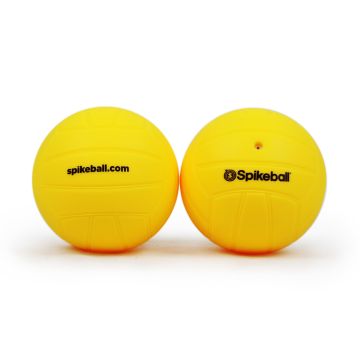 Spikeball; the new craze in outdoor games. It's a fun, active and, if you like, competitive game. You play Spikeball in your backyard, on the beach, in the park, indoors when it rains again or even in the water.
Spikeball is played in teams, the game is a combination between volleyball and four square, the rules of the game are similar to those of volleyball, except that you have to hit the net.

There are three different Spikeball sets; the Spikeball Standard set, the Pro set and the Rookie set. The Spikeball Rookie set is specially designed for the younger, novice Spikeball player and has an extra large net and large Spikeball balls making the Spikeball game easier to learn. The Spikeball Pro set is also used in tournaments and is therefore suitable for the competitive and advanced Spikeball player. The playing field of this set is extra firm and stable so it can handle the most intensive games and the Spikeball Pro balls have a textured surface for more spin and ball control.
Whichever set you go for, the game is quick and easy to set up and put away again. The foldable legs ensure that the game can take a beating and that the game can be stored compactly. You can always find people to play with by downloading the free Spikeball app to connect with players near you.